It’s Halloween!! Maybe it’s because I’m an October baby and I always had a costume and spooky themed birthday party growing up, but this is my favorite holiday. Unfortunately, life as a mom of 3 has broken my enthusiasm a bit and I don’t have the time or energy to go all out with decorations and costumes and all that non-sense like I used to; like I always thought I would when I had kids. Instead, I’m lucky if we can squeeze in the basic fall traditions let alone have spooky, Pinterest-y snacks and meals everyday!

One tradition that I will never give up, that I will do everything in my power to preserve, is a trip to the pumpkin patch! For years and years we always went to the Deanna Rose Pumpkin Hollow. It’s perfect for tiny ones. Hayride, games, wagon rides and pumpkins all included in a small, tiny-kid friendly space. The last couple years, though we’ve found that our big kiddos are just getting too big for it. They’re becoming those annoying big kids who trample over the tiny kids and that’s not cool. So, we’ve been out there “dating” and getting to know some other patches, trying to find a long term commitment type place.

This year we were given some free passes to the KC Pumpkin Patch so we decided we might as well try it out! The day we had scheduled to go was the morning after a giant rain storm, so it was pretty cold and extremely muddy, but that also meant it wasn’t all that busy, either.

This sign was adorable and it was funny to try to direct the kids to stand in a certain letter, especially the 2 y/o who really doesn’t know letters, but yet I’m like “Grady, stand under the M! No, the M. THE M!” Duh.  And, we do heart pumpkins!

Have you guys seen these giant bubble jumper things? Apparantly all the cool pumpkin patches have them now as I’m seeing lots of pictures of kiddos on them. The only problem was they requested the kids jump barefoot {eeew} and because of the previous mentioned mud that meant removing the shoes at the bench and then carrying each kiddo to the bubble. Yea, my 7 y/o is as big as I am, so that was fun. The kids had a blast, though! 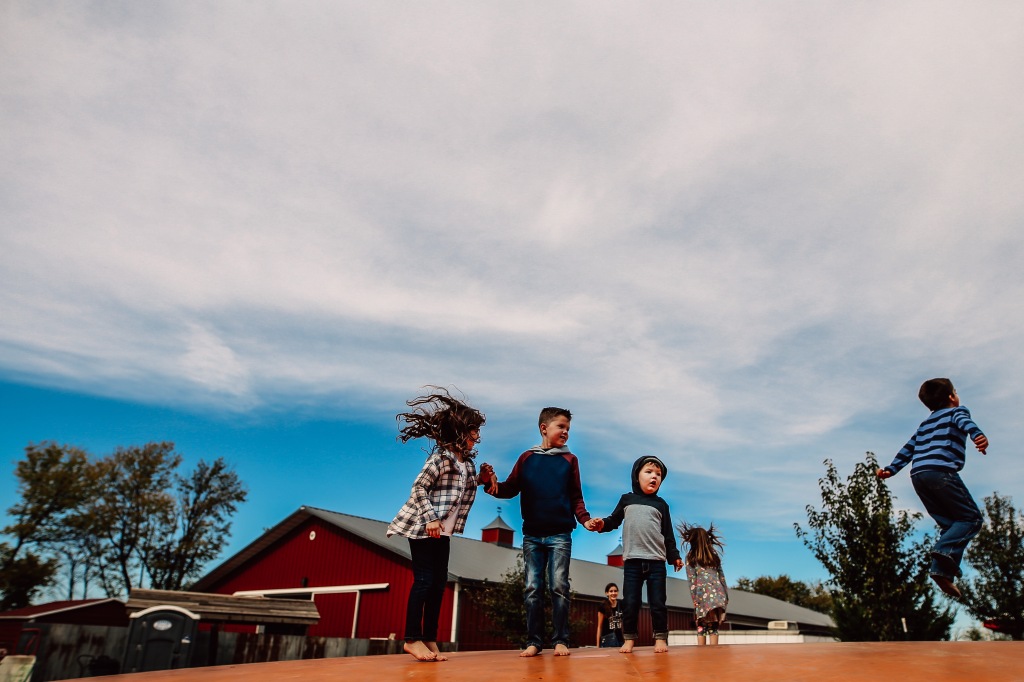 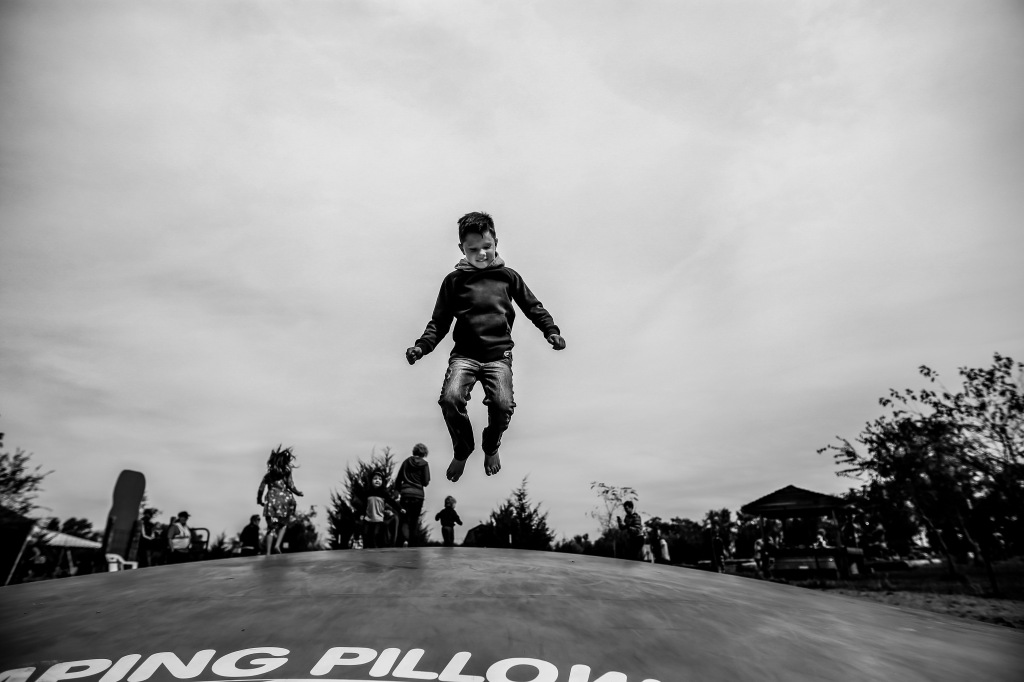 They, too have all sorts of games and activities for the kiddos to do. The swings and slides and zipline were family favorites. 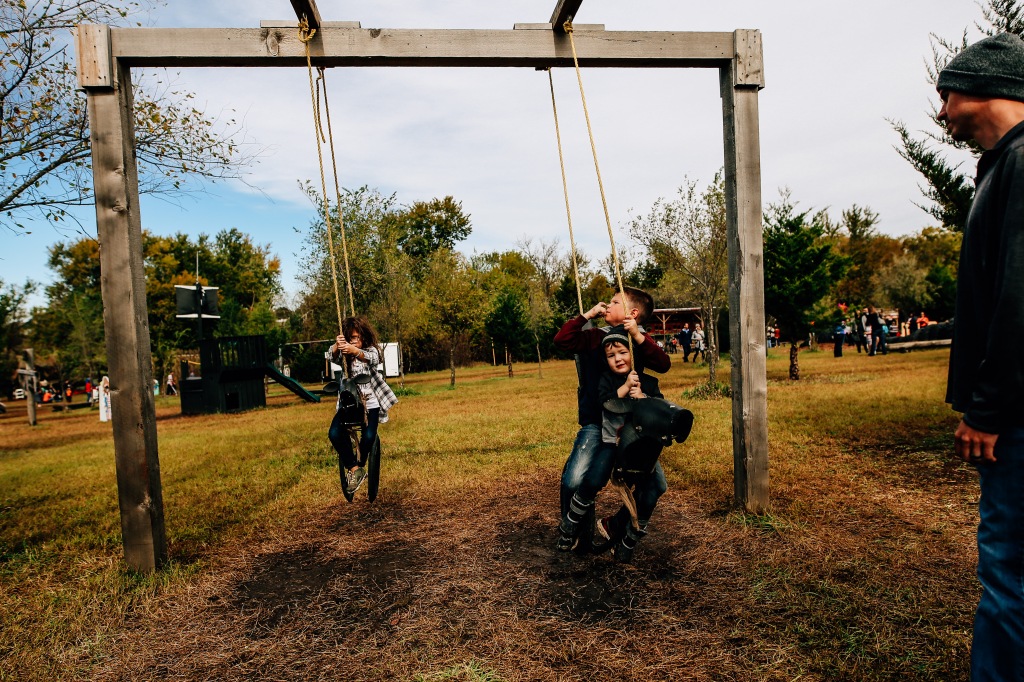 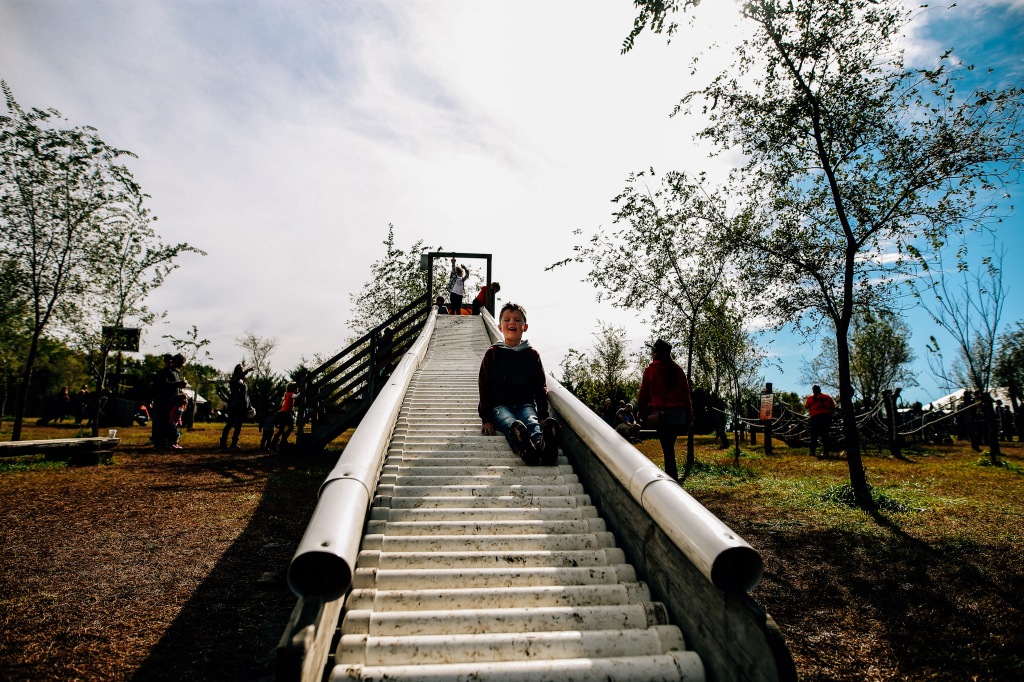 This is where things got weird. My left-brained, logical husband actually suggested “maybe we should just go and not get any pumpkins this year.” Um, what?! Well, we never carve them they “just sit there on the porch.” This is true, but WHAT?! No, no, no. This is tradition! We’re getting those darm pumpkins even if they do just sit there and rot! I’m already suffering mom guilt about not providing bat shaped sandwiches in lunch boxes or a web of spiders covering the front door, I’m at least getting some pumpkins!

So, we did. The kids love searching for the perfect one. Tucker always goes for the biggest one he can find while Em continually picks up a rotten one and says “how about this one?” I decided in that moment that we were actually going to carve these darn pumpkins this time so I convinced the kiddos to all get similar {smaller} sized ones for our very first carving adventure. 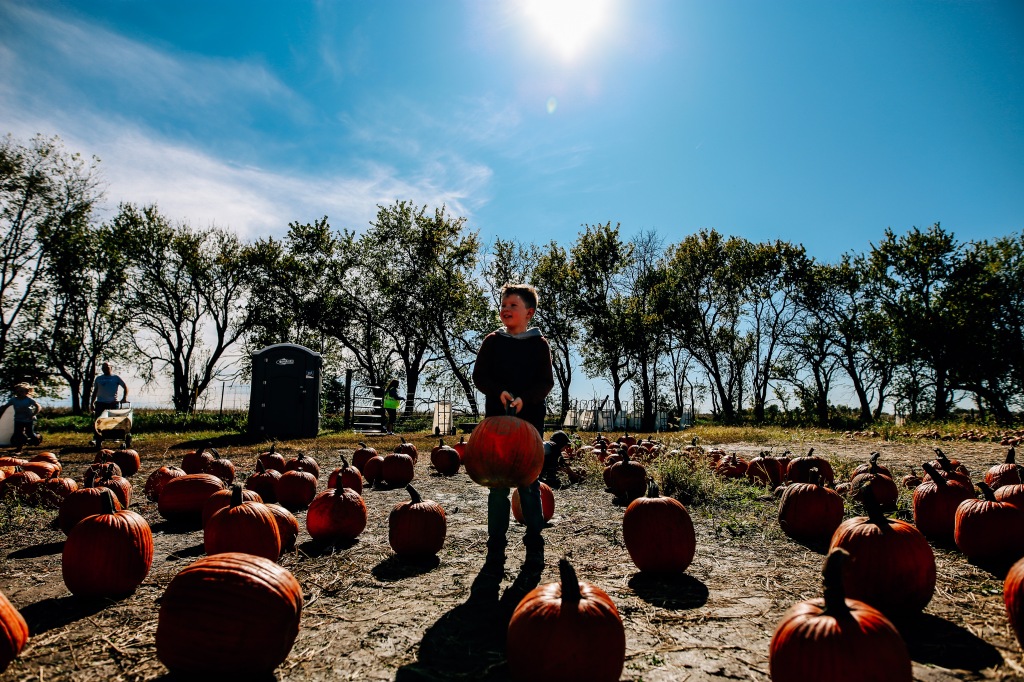 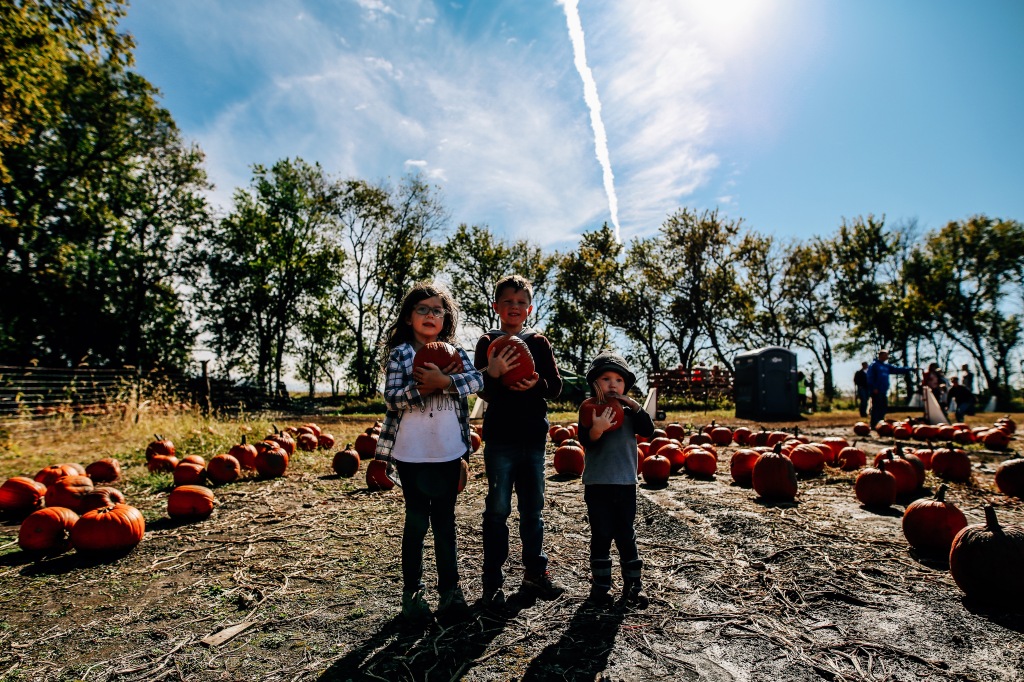 And guess what? We did it! We carved those darn things. It was a hot mess of complaining and yucky pumpkin guts, but we did it. Maybe one more tradition we can actually handle and fit into our busy fall.

I still need to find somewhere to go on a hayride since we didn’t get to do that there. There’s still hayrides after Halloween is over, right?