I never did tell you the rest of the story! Can you believe there’s more?! I don’t even know how to express how thankful we are for all of this.

As I mentioned at the end of my post about our Dream Factory day, towards the end of our time in the dugout, one of the Royals staffers noticed Tucker’s Star Wars pump belt. She whispered to me “Is he a big Star Wars fan?” My answer: “He was Darth Vader for Halloween last year and still wears the costume weekly.” She told me that Sunday {just a couple days later} is Star Wars Day at The K {that’s Kauffman Stadium, where the Royals play, in case you didn’t know} and asked if I thought he’d like to come back and meet some of the Star Wars characters that will be there in costume.

HECK YEA HE WOULD!

So, after just a couple of sleeps, we got to head back to The K for another game.

I really had no idea what to expect. She said the characters would be on the field. I just assumed she’d bring us down to the bottom of the stands and we’d get to meet them over the railing.

Priority entrance into the stadium before anyone else. Again. Down the special elevator to the lower lever by the players clubhouse. Again. Through the tunnel and out into the dugout. AGAIN!

Holy Cow. I could get used to that!

I walked out expecting to see the Star Wars characters and about ran right into Whit Merrifield {he’s the 2nd baseman,  in case you didn’t know}.  It never once crossed my mind that he might get the chance to meet some more of his heros. But, there he was! 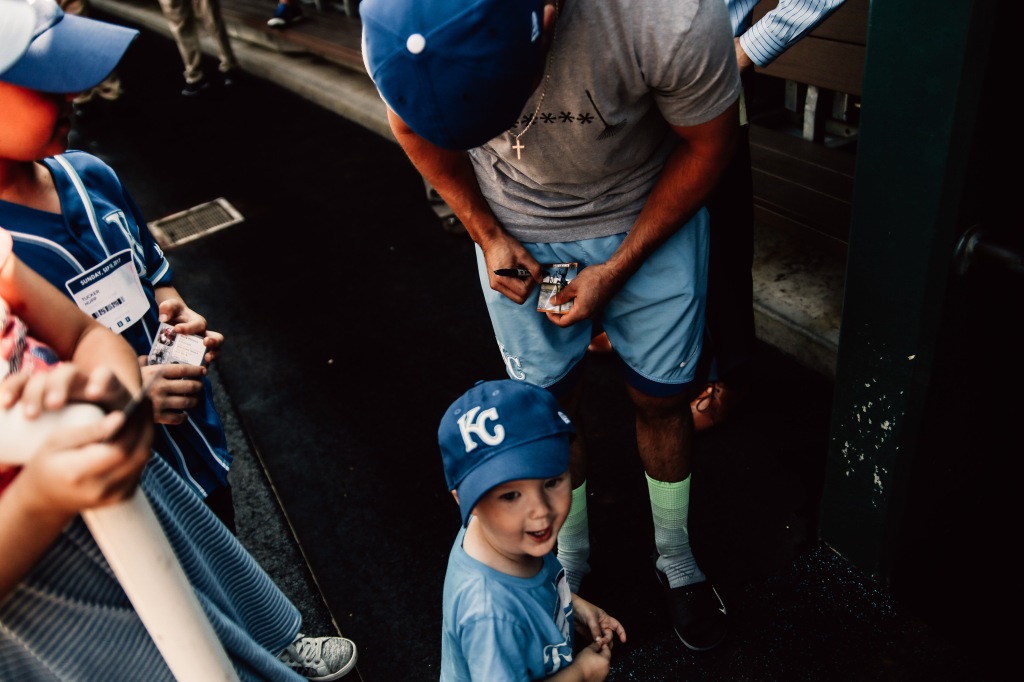 Thank goodness I dressed them all in hats! Now we need to go buy more hats to wear since these are going in a special place on the wall!

Yes, we did get to meet his other hero, too. The king of the dark side.

I was super excited that Grady got to join us this time. He wasn’t allowed in the dugout with us on Dream Factory Day since we were going to be there during batting practice.

I couldn’t believe the hospitality we were shown. They allowed us to sit in the dugout  and relax and wait to meet more players as they came and went getting ready for the game. And there were so mayn of them!

I couldn’t stop smiling watching Grady this time. He’s so little, but I felt like he understood what was happening. We watch the Royals and talk about the players all the time in our house so he’s definitely caught on. His excitement when one of the players would take his hat to sign absolutely made my day. 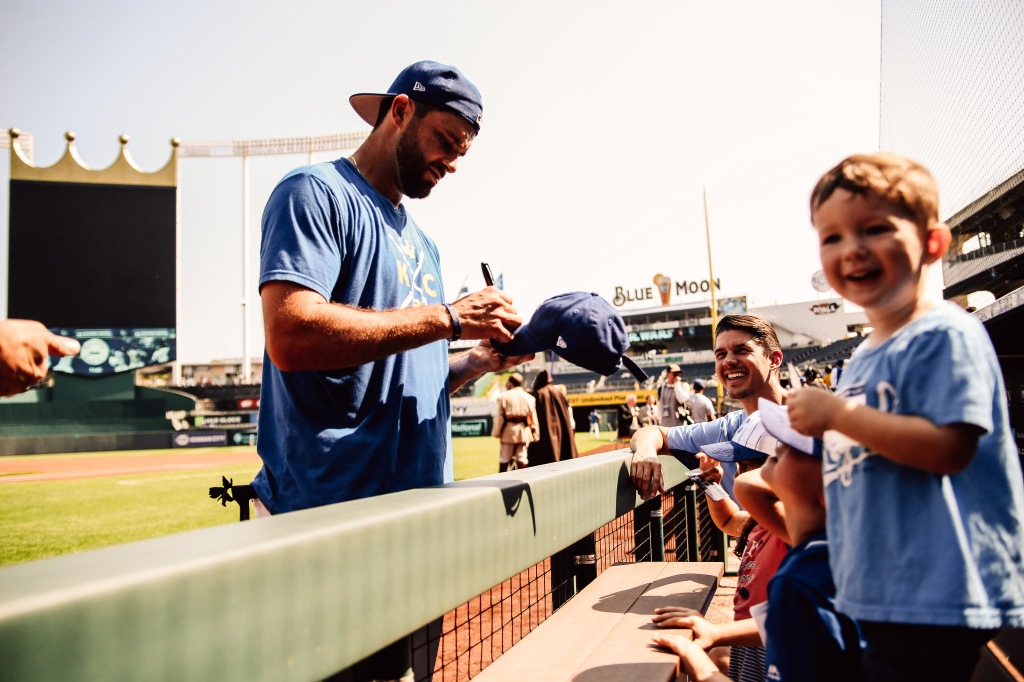 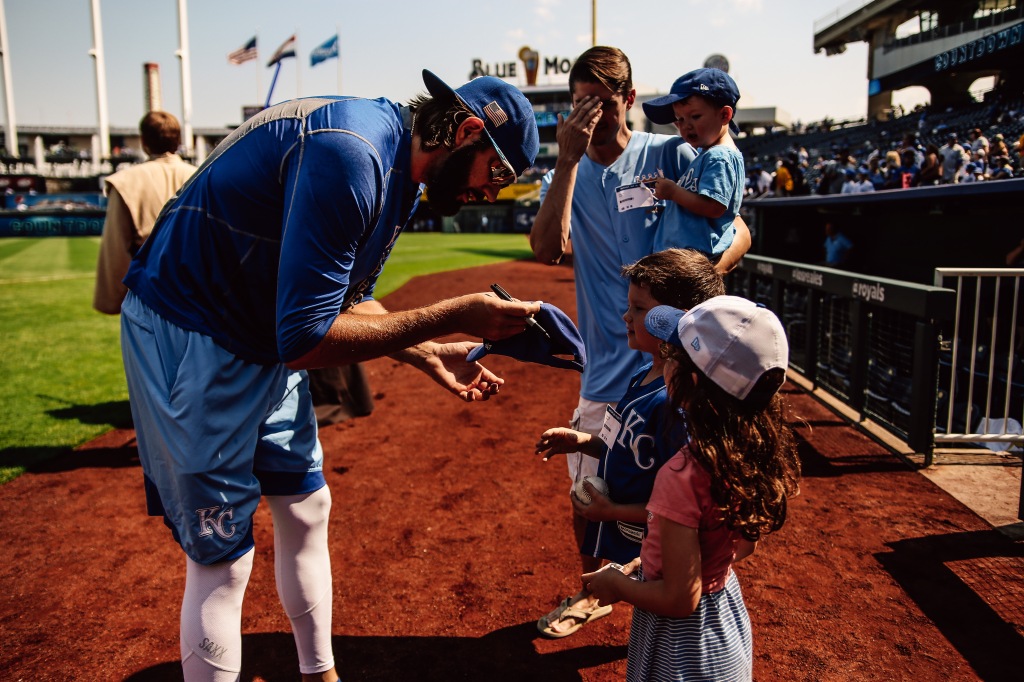 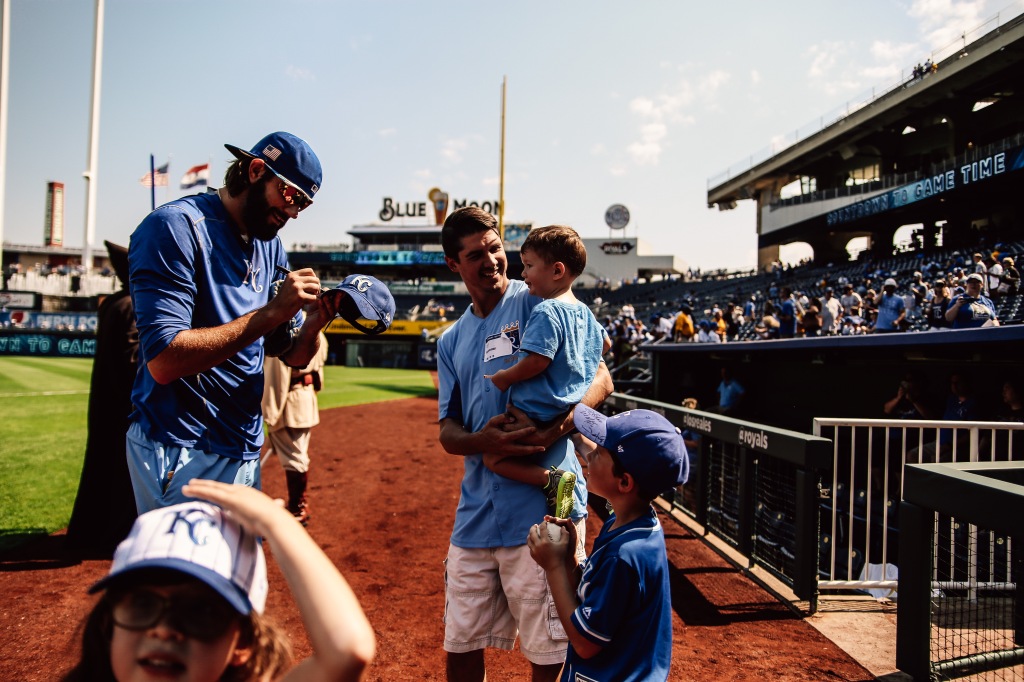 I’m humbled by this entire experience. The Dream Factory, the limo, the Royals. Everyone involoved made this a time we will cherish forever.

I have never been so proud to be a Royals fan. This is truly a hometown team. They love their fans just as much as we love them. Our boys in blue are a true class act. This family is being #raisedroyal and will always be #foreverroyal.