Today was one of those days that I really wasn’t in the mood for an adventure. We’ve made a lot of changes with Tucker’s insulin pump and it’s resulted in a lot of sleepless nights. All I wanted to do this morning was stay in bed. Stay close to home. Maybe take a nap.

It’s Adventure Day, though.  I promised myself I wouldn’t let my introvert excuses get in the way. We did have a few errands to run so I decided that staying close to home was OK. As long as we got out and did SOMETHING!

Little did I know that our quick stop by Wal-Mart would be a highlight of my day.

Grady thought these things were amazing. Since you can’t see his face, you have to take my word for it. He was lauaghing hysatrically. He was dancing around and walking up to the employees and saying “heeelllooo!!” {again, in his weird British accent}. I’m sure they just wanted us to leave. But, not before we tried them all on.

We also may have gotten a little weird with the balloons. And, yes, if you look closely he’s trying to steal a sweatshirt. I wanted to try it on him to see if it fit and he refused to take it off. Can you get kicked out of Wal-Mart? Surely this is tame. Yes, we paid for the sweatshirt. I may have had to bribe him with M&Ms to get the tag off so she could ring it up. 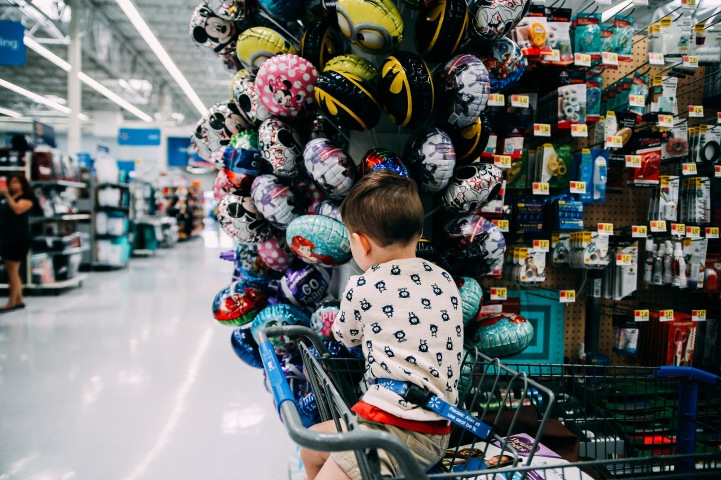 We had to swing by the dry cleaners to pick up daddy’s pants. Grady was very confused, and eventually very upset, that daddy was not there, just his pants.

We decided to leave the dry cleaners and head across the street to Sar-Ko-Par Park. and share our M&M snack.

They’re doing a lot of construction and updating around the playgrounds so we decided to stay on the other side of the park and explore instead.

Of course, the first stop was the choo-choo!

By this time, it was starting to warm up a lot outside and I wasn’t sure how long we’d last in the heat {we’ve really gotten used to the fall like weather we’ve been teased with} so we ran down by the pond to find a bench to eat our M&M’s on. 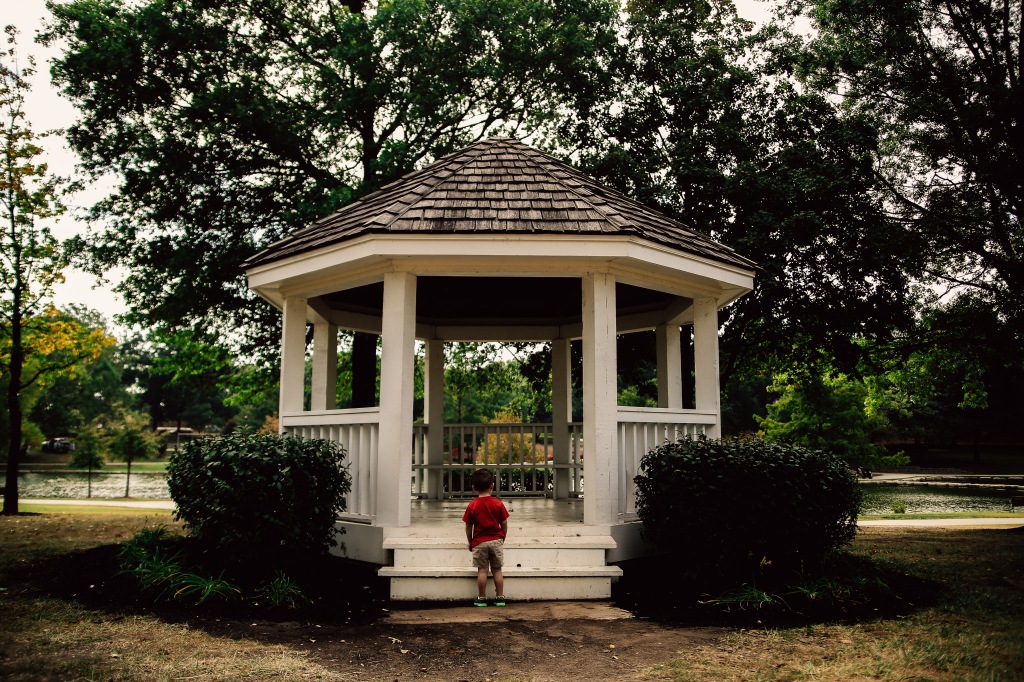 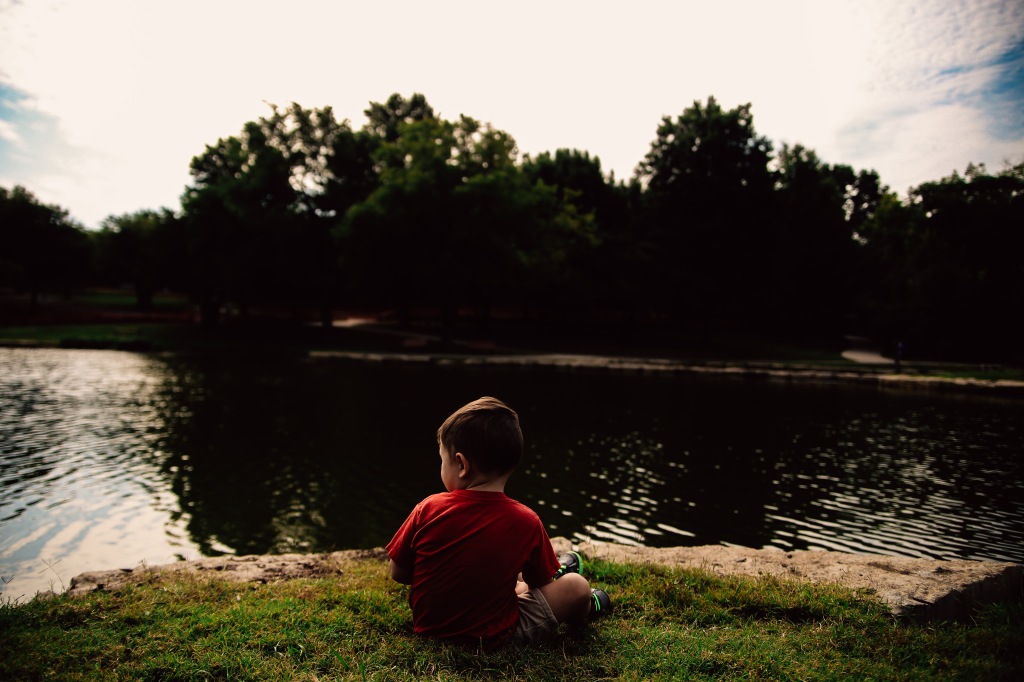 I’m really impresed at how good this kid is at sharing. For being the 3rd kid who lives a life of hand-me-downs and having his toys stolen all the time, he’s extremely selfless. He was in charge of the bag and generously followed the “one for me-one for you” rule of candy sharing.

Guess what happened next?!

We went on a little walk around the pond and finally completed our mission from last week!

We found the frogs! A giant motherload of frogs! So, note for all parents out there searching for frogs. They’re all at Sar-Ko-Par. It’s the frog party destination.

We had that glorious fall like weather that morning and I was dressed in my fall ready Red Friday Chiefs attire. At the end of frog hunting it was pushing into the 80s and I was sweating.

It was hard to pull him away from the frogs, but it was time.to.go. I had to bribe him with another stop by the choo-choo to get him out of there.

After one quick stop by the big red barn he was finally done.

So, we headed home to finally get some of those couch snuggles!